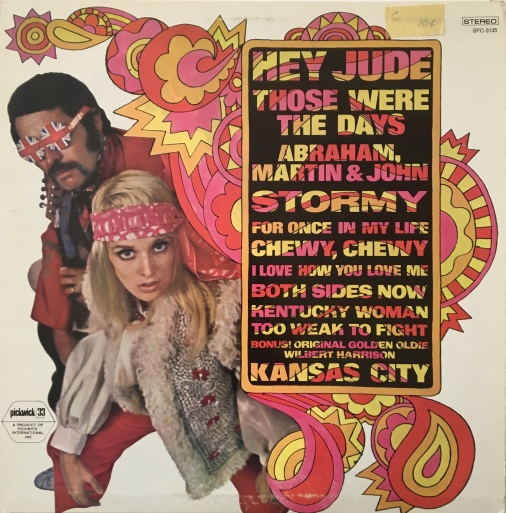 This LP comes housed in a cover oozing with Austin Powers like cheesiness. The one major difference, of course, is that unlike those Swinging London inspired movies, this record wasn’t supposed to be a joke. It was simply a way for kids to own approximate facsimiles of all those chart singles they couldn’t afford to buy individually.

Kings Road released around 30 such albums. They weren’t a band as such, more like a revolving line-up of jobbing musicians and each LP no doubt features whoever was available for the handful of hours set aside to bust out a bunch of chart-topping sound-alikes.

Not surprisingly most of this record is ignorable. But the diamond in the rough, if you’ll pardon the blatant pun, is the cover of Neil Diamond’s ‘Kentucky Woman’. Inspired by Deep Purple’s amped-up version, it’s a raw and crunchy affair with some wild soloing and a wonderfully primitive garage-band feel.

I love it, and would have gladly shelled out up to fifty times the actual 10 cents I paid for it. Especially as it came complete with the Pickwick company inner sleeve. Score!