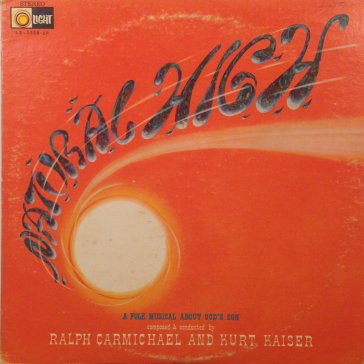 While unpacking and organizing my records after moving recently I was kinda surprised to discover I own a whole Expedit cube’s worth of Christian LPs. I say ‘kinda’ because it has to be said, I do buy a lot of them. But then I immediately give almost all of them away, since 99% are total pish. I guess I didn’t realize I’d kept so many. Those keepers though are amongst some of my favorite curios, and somewhere near the top of the pile are three groovy 1971 albums that all feature the song ‘Natural High’. The song is taken from a ‘folk-musical’ of the same name, written by Ralph Carmichael (who apparently had a gift from God, so prolific a songwriter was he). Thematically, it’s an attempt to steer youngsters away from ‘street drugs’ and towards ‘the opium of the masses’ and it does so by talking to them in their language. ie. with electric guitars and danceable rhythms. 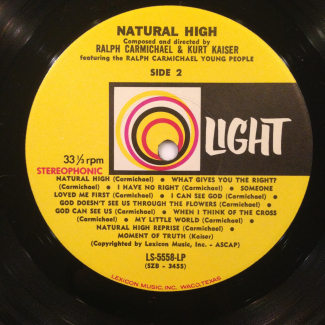 Now, I don’t want young people taking drugs. But I’m not sure I want them believing there’s a man that lives in the clouds who made the earth in seven days either. And even though ‘Natural High’ conveniently ignores the fact that religion is as man-made as nylon and marijuana grows on plants, it’s still a great tune delivered with panache. All versions feature incredibly groovy bass playing, solid drumming, and a triumphant chorus of voices that really do buoy you up. The version by ‘Ralph Carmichael and The Young People’ (as opposed to the one by ‘The Ralph Carmichael Young People’) even gets a wee bit fuzzy towards the end, and both those recordings border on psychedelic funk with some intense masturbatory guitar licks. The Certain Sounds take on it is a little more reserved but there’s still some dirty guitar work to please the kids. Despite flirting with the devil’s music, this is the sound of unadulterated innocence and joy. I mean, just look at the faces of those Young People. 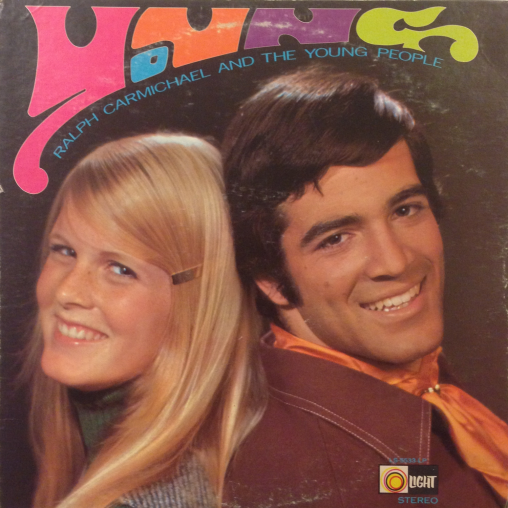 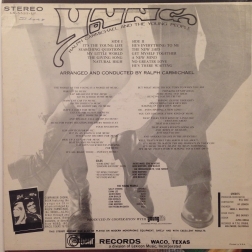 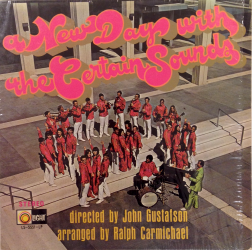 All three albums were released on Light Records out of Waco, Texas. (Yep, that Waco). The label was founded by Mr Carmichael in 1966 and its releases are always popping up In dollar bins or even in freebie bins. A lot of them you can flip right past. A few you should definitely snag if you see them. ‘The Cross And The Switchblade’ Soundtrack is sought after for a couple of open drum breaks; The Electric Symphony LP features Moog renditions of Carmichael songs which is definitely worth a listen if electronica floats your boat; the musicals ‘Tell It Like It Is’ and ‘Real, The Sounds Of Celebration: A Soul Experience’ have great cover art and at least a couple of tracks each that prevented me returning them to the thrift store whence they came. But to these ears ‘Natural High’, ‘Young’ and ‘The Certain Sounds’ are the ones to find, and in that order. It shouldn’t be too hard if you have faith in the dollar bin Gods.